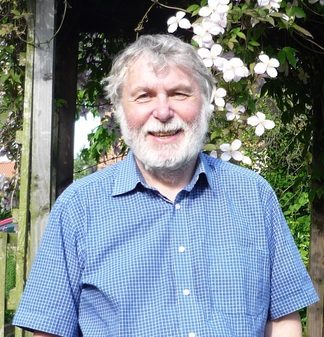 Alan Robinson qualified as a solicitor in 1972 and has spent the whole of his working life involved with two main areas of law – welfare law, and work with charities and voluntary organisations.  He retired from legal practice in 2010, having been running his own firm for a number of years (specialising in work with small charities), and has continued to work part-time as a consultant and trainer.

His work with the voluntary sector has included both casework and training, mostly with smaller charities, helping them to set up and to operate effectively.  This has included working with them on their governing documents and, where they have employed staff, working to ensure proper and effective employment practices, as well as advising and supporting them when things have gone wrong.  He has also helped with the acquisition of land and its management.  As a trainer he has developed a number of courses to enable organisations to govern themselves properly, including issues such as trustees, employment, insurance and data protection.

He has been a member of the management committees of numerous voluntary agencies, including being a member of the Committee of Scunthorpe & District MIND from 1992 until 1999 (serving as chair and as treasurer), North Lincolnshire Law Centre Support Group from 1991 to 1999 (serving as chair), Humberside Law Centre from 1996 to 2003, North Axholme Community Enterprise Group Limited from 2001 to 2006 (Company Secretary), and Voluntary Action North Lincolnshire from 2002 to 2012. He has also been a trustee of the Adam Gibbons Sports Foundation Fund, a grant giving charity helping young people to play sport.  He is a member of the Society of Friends (Quakers) and a member of the national Quaker Stewardship Committee which helps local Quaker meetings to comply with the law on charities and accounting.  He is also a trustee of the local Area Quaker Meeting (Sheffield and Balby Area Meeting).  He is a trustee of Glenthorne, a Quaker guest house in the Lake District, and is also a trustee of Doncaster Conversation Club, which works with refugees and asylum seekers, and of the Isle Choral Singers.

Alan has a national reputation as a welfare lawyer, particularly in the field of social security, where he has undertaken numerous test cases on behalf of clients.  His work has also extended to cover other areas of welfare law, in particular community care, and with a particular emphasis on older people.  More recently, his work has tended to consist largely of training in areas such as social security, community care, mental capacity and other matters specifically affecting older people.  He was formerly a Mental Health Act Commissioner.

He has published a number of works in both areas, details of which can be found here.  He has undertaken research and writing in social security and allied fields.  He was also, for some years, an associate lecturer with the Open University, teaching law to social workers.

Until about eight years ago, much of his spare time was spent in acquiring practical experience of being a carer for his elderly mother.  Now released from that duty, he can develop his other interests, which include walking, orienteering, choral singing, working within the Quaker movement, political activities particularly connected with peace work, watching cricket and the fortunes of Wolverhampton Wanderers FC.